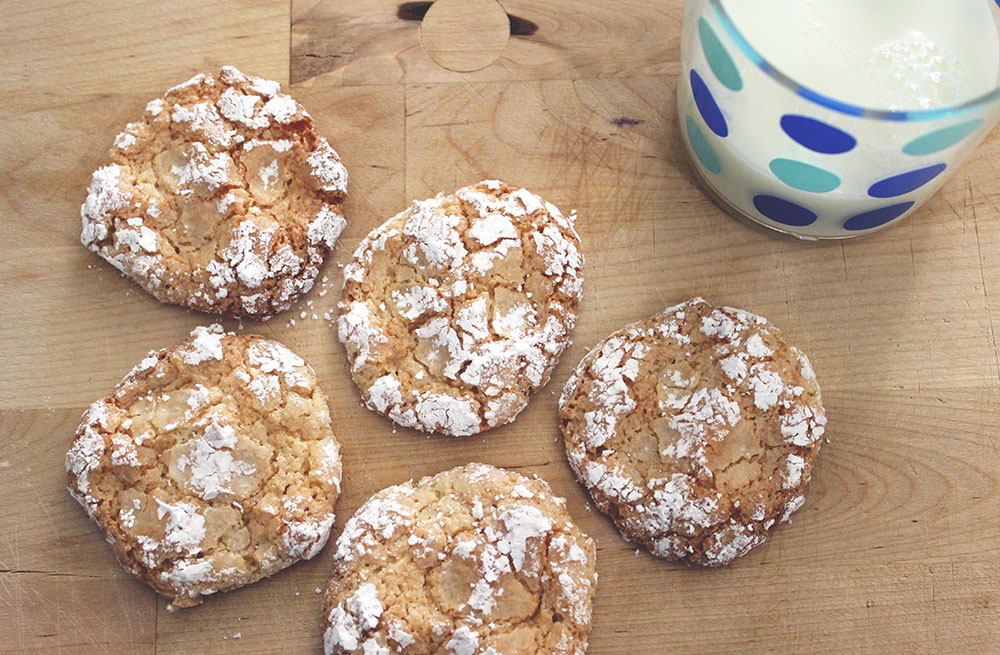 I think part of being an adult is having lists. My most mundane grocery lists might get halfway jotted down on a sticky note or old receipt (or not, like last week when I was meandering through the aisles in a clueless haze). Other lists I keep in my head; the experiments I need to get done in the next two months, the dates and times of appointments and meetings…it’s not the safest place to keep lists. There’s the amazon wish list (mostly cookbooks) I keep for Christmas and birthday reference, and the sticky note app on my phone that currently has a list of books whose titles I intended to look up at the library, a very partial grocery list from March 26th consisting only of jam and 200g almonds, a list of baby names (okay, this one I’ve been keeping since I was eight), and a list of restaurants to try in Chicago before we leave.

None of these lists are particularly relevant here, and none of them come close to rivaling the size my most substantial list, my “Recipes to Try” list. Concretely defined by 163 firefox bookmarks and 129 pins* and more fluidly defined by a running mental checklist of pages from other blogs and cookbooks, the list seems to grow so much faster than I have time to tackle it. There are some healthy things on my list, but I won’t bore you with that now. Instead, some of the sweeter highlights include:

Ricciarelli – Mr. R’s favorite cookies from our honeymoon in Italy
White Chocolate Ice Cream with Nerds – induced nostalgia for the DQ nerds blizzard that they stopped making when I was too young.
Cinnamon Toast Ice Cream – Now that I’m not 10, I can’t justify eating sugary cereal for breakfast. But dessert? That’s totally where these things belong.
Cherry Amaretto Biscotti – must make these….still haven’t purchased the amaretto…
Chocolate Peanut Butter Layer Cake – chocolate cake layers separated by a crunchy meringue and peanut butter center? This might actually be a cake I like.
Paris Horns – delicate meringue, topped with buttercream, and dipped in a chocolate glaze. I’m usually not keen on buttercream, but these look so beautiful I think I could make an exception.
Chewy Cat Treats – Wait…What? Why did I bookmark this??? I can’t stomach the smell of cat food, I certainly could NOT handle the smell of freshly baking cat treats wafting out of my oven. This is excessive…

This weekend was a good time for checking a recipe off my list. Too tired to want to take on a big project and spending the weekend in Mr. R’s Chicago apartment sans kitchenaid and baking pans, I needed something simple and satisfying. I decided to finally make these almond cloud cookies, my favorite from the King Arthur Flour cafe. It’s impossible to go wrong with a recipe that includes almond paste, and these cookies are little more than almond paste and sugar bound together with egg whites (meaning they’re gluten-free friendly too). KAF recommends using a stand mixer, but it’s easy enough to blend the almond paste and sugar together with your fingers and incorporate the egg whites with a hand mixer. Drop tablespoons of the mixture into a bowl of powdered sugar to coat them completely and make sure to leave a couple inches between each cookie to give it room to spread. 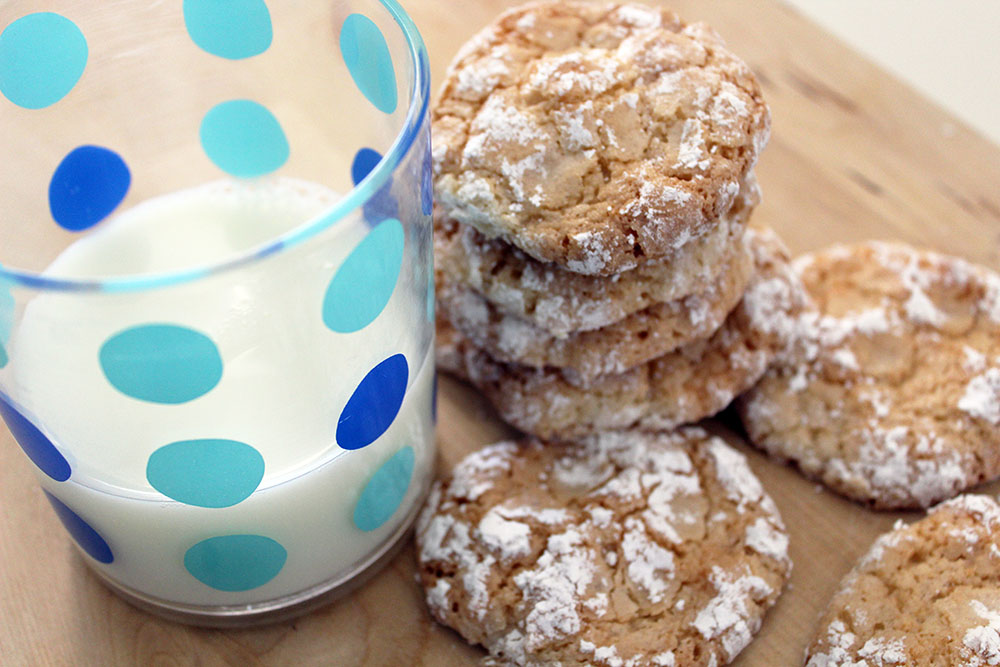 So now I have one less recipe on my list, but I’ve probably added a dozen more by the time I publish this post. I will never reach the end of this list, and that’s okay. What would be the fun in having no more recipes to try?

*Don’t get me started on pinterest. A virtual pinboard, or just a place where ideas go to die? When a real bulletin board starts getting crowded you are forced to sort through all your old notes to make space. The danger of pinterest seems to be that even though now something is “so cool!!! pinning to remember later!”; in a few days or weeks or months, that pin will be so far buried under new “OMG! Must do this!!” that it’s gone. Face it. It will never resurface. Oh, and that new ab workout you just pinned? Not so new. Trust me, I saw you pin it a few weeks ago. Don’t get me wrong, none of this irony stops me from using it.